EXARO - The online News Service which purports to be the leading news agency reporting on the Westminster Child Abuse Scandal - its stated motto is: 'Holding power to account' - deserves closer scrutiny.

TIM PENDRY - Founder, Non-executive Director and Major Shareholder of EXARO writes for "A blog dedicated to a contemporary study of alchemy and Hermetica":-


The Art of Transformations

Dedicated to a Contemporary Study of Alchemy and Hermetica
"JOIN US IN THE GREAT WORK"
"Join us as we explore the many facets of the Alchemical Art - the path"
On the True Face of Hermes, by Tim Pendry 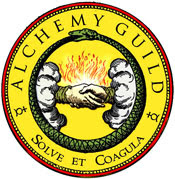 Tim Pendry, has been cited as an ‘astute observer’ in the British Journal of Politics and International Relations [BJPIR 2006 Vol.8 234].   His experience has included senior communications advice in some of the most significant takeovers & mergers in British corporate history as well as an advisory role during the Russian Mass Privatisation programme.
Since the mid-1990s, he has dealt with reputational issues arising out of private sector collateral damage during the ‘war on terror’.
He was a Founding Director of the British-Syrian Society, is a former Director of the Middle East Association, and currently acts as a non-Executive Director of the online investigative journalism website Exaro.


4 of 5 stars
bookshelves: alternative-histories, black-comedy, cultural-studies, crime, dark-fantasy, esoteric, horror, modern-european, mythology, popular-culture, twentieth-century
Where to begin? This is wonderful stuff so long as you are not daft enough to take any of it seriously.

The Nazis have been associated in the popular imagination with the occult with increasing intensity over time, much to the despair of professional historians. The introduction by Kenneth Hite perhaps does not have sufficient health warning here.

It is true that Germany was riddled with occultist societies and that this infected early German nationalist circles. The best source is always Goodrick-Clark who made a specialty of unravelling what was true and what was false about occult claims to great effect.

It is also true that astrology was possibly more important in interwar Germany as a cultural phenomenon than elsewhere and that secret magical societies could be found in many places - and that Hess and Himmler had occultist interests as others had neo-pagan concerns.

However, culturally fascinating though all this is, German politics and culture were as materially grounded as any other, there were no occult elements in the conduct of social control or military direction and Hitler himself found the interests of his colleagues laughable.

Having got the obligatory health warning out of the way, what we have here is a chaos magical approach to the subject - setting up the story of Nazi occultism as if it were true and then playing it out with the sort of solid illustrative work for which Osprey is well regarded.

What, however, Osprey, as publishers, are doing here is a bit mysterious. They have built a strong brand on reliable accounts of military matters - weaponry, campaigns, battles, sieges - and yet here they have embarked on a deliberate assault on the hokum market.

This is the first in a series called Dark Osprey so we canot wait to see what else they have in store for us (the Templars apparently!) - but this short dense illustrated book with its further reading in comics, games and movies is not what we are used to from the house.

But get past the surprise and we have some loony joys where the author has genuinely tried to make the nonsense plausible with historical and military fact - we are drawn into the madness through plausible enough accounts of the Ariosophists, Ahnenerbe and Thule Society.

Then we have mad science based on magical energies, death-wielding rabbinical literature, meetings with yeti in Tibet, the search for the Ark of the Covenant, witch soldiers on the Eastern Front, failed attempts to raise a zombie army, resistance werewolves ...

... and Nazi UFOs in Antarctica with the wonderful conclusion that, Byrd's Expedition to oust the Nazis having failed because of the threat of the globe-shattering Thorshammer weapon, an armistice was agreed to allow Majestic to come up with an Allied occult counter-weapon!

The odd aspect is that Hite has done his research into the actuality of Nazi Germany. The insanities are embedded in a framework of reality that might be quite seductive to imaginative teenagers. Should we be 'concerned'? I think not ... this is now popular culture, not politics.

In any case, any non-teenager who takes at face value such lines as "The Ryokuryukai [Japanese occult researchers] exchanged the Mireniamu data for nuclear material in March of 1945, and the Reich had true werewolves at last" or ...

... "Their program to create an army of Nazi zombies never altered the war's strategic balance: undead soldiers remained vulnerable to artillery ..." might suggest a serious failure in our general educational system.

At one level, of course, this could all be seen as an insult to the millions of dead of seventy years or so ago but we live in a free society and imaginative nonsense might be regarded as prophylactic - we can laugh at Nazis or we can turn them into symbols of dark evil.

In the end, national socialism was not very funny and was more a bunch of half-educated people lurching from chaotic crisis to chaotic crisis than anything so interesting as a force of deliberate evil harnessing occult forces.

It may be that we find it hard to cope with this truth. If we cannot laugh at them and don't want the explanation that they were just us only in different conditions, then, in a world without God, reconstructing them as a dark occult force exorcises something.

Certainly, this book is no encouragement to a political programme. The worst it might do is encourage some naive ceremonial magical play and, though that might frighten the local evangelical vicar, it should not frighten us.

So, if you enjoy imaginative play, then this book is amusing ... otherwise don't bother.